The Evolution of Serverless, Part 2: From Containers to Functions

Right around the time that applications started being broken into microservices, containers became popular. Though these are distinct technologies that are hypothetically unrelated, the rise of containers and the rise of microservices were intertwined.

To understand containers, another history lesson is required. If we go back to the ’90s, the era in which monolithic and SOA-type applications ruled, it is important to understand that each server typically only ran one application.

Every now and again, a monolithic application would grow so large that it had to be broken up because no single server could reasonably run the application. When this occurred, the individual application components would themselves become applications, with each typically operating on its own machine.

Despite all the talk about the importance of breaking up large, monolithic applications, these bare metal application servers were massively underutilized. They were also fragile; if something happened to the server on which an application was executing, it could take several hours to restore the application to service on another server. This step often involved restoring data from backups, which could mean that a day's data might be lost during the outage.

This worked fine when the application components that were being hosted in individual virtual machines were largish SOA-style components. As soon as developers started breaking applications into microservices, however, putting each microservices in its own VM started to seem like overkill. The underlying operating system would often consume several times the resources of the microservices.

For modern applications, which are typically designed around microservices and cloud computing, composability and immutability aren’t necessarily a big deal. Modern cloud native applications are not designed with the same expectations as traditional monolithic or SOA applications were.

Applications based on microservices are generally designed under different assumptions. They are designed with the idea of composability. Modern IT infrastructures can be controlled using Application Program Interfaces (APIs). This means that the underlying infrastructure upon which an application operates—from the creation of virtual machines and containers, to networking and storage resources—can be manipulated programmatically.

Applications can communicate directly with the automation and orchestration software that manages the infrastructure upon which the application operates.

This means that applications of the microservices era can do things that their predecessors could not; specifically, they can grow and shrink the number of instances of an application component to meet demand. If the web server hosting the user interface portion of an application is nearing maximum capacity, the application can cause another web server instance to be created and registered with the load balancer. If the database is a little slow, another instance of it can be spun up as well.

Infrastructure awareness also meant that application components and/or portions of application storage could be treated as "immutable.” Immutable applications components or storage cannot be changed.

Immutable application components, should they become infected by malware or misconfigured, can simply be restarted to be restored to a known good, working condition. Immutable storage is storage that cannot be changed, so it cannot be deleted or overwritten.

Messages Queues and the Road to Serverless

A monolithic application doesn't have to communicate between pieces of itself. It is one application running as a single block of code with sole control of its storage on a single system. As soon as that application is broken up into pieces, however, communication between each of the application components becomes a concern.

Over time, the concept of message queues was developed. Message queues are a simple means by which individual application components can communicate with one another without having to create communications protocols for each component or build awareness of those protocols into each component. Adopting message queues is often considered the first step in evolving older applications, such as SOA-based ones, over to a more microservices-based approach. At the very least, implementing message queues between components is a great way to start an argument about how microservices and SOA are all just the same concept with varying sizes of services sitting on a spectrum.

Despite the name, serverless is anything but. Serverless can be thought of as the ultimate evolution of the “componentization” of applications, and message queues are very important for serverless functions.

SOA broke monolithic applications into a series of smaller applications, where each application performed a cluster of related duties. Microservices then broke these down further, with each microservices performing a single, specific function, often representing a single feature or isolated piece of functionality.

Serverless takes a specific function—a very short piece of code—and performs only that function. Instead of worrying about containers or virtual machines, developers simply place the code for the function they wish to execute into the serverless management interface and set up triggers. And as we have recently shown, developers love using serverless for various reasons:

Another important trend that is occurring alongside the adoption of microservices, serverless, and containers is the adoption of a hybrid and a multi-cloud approach to computing. Organizations of all sizes are abandoning the idea of putting all of their IT eggs in a single basket.

Instead of an either/or approach to on-premises and cloud computing, organizations are embracing the use of multiple public cloud providers as well as preserving their on-premises IT capabilities. Each of the technologies discussed above has various roles to play in enabling multi-infrastructure IT.

Containers, meanwhile, are fantastic for housing microservices in a hybrid multi-cloud environment because containers are portable across all infrastructures. Unlike virtual machines, which need conversion to work on a different provider's infrastructure, containers work anywhere on any public cloud provider or on-premises infrastructure.

The future of IT unquestionably lies in hybrid multi-cloud environments. Most organizations aren't comfortable relying on a single public cloud provider. Similarly, there are many workloads where on-premises IT is just the most economically efficient approach. This economic efficiency comes in large part from the ability of modern applications to increase or decrease the number of instances of a specific application component as needed. This functionality is, in turn, provided by integration into the management applications that orchestrate IT resources for each infrastructure.

Application development success will depend on organizations’ abilities not only to develop the applications themselves, but also to manage them (and all their various parts) across multiple infrastructures. The ability to monitor, report on, and secure each component will be the real challenge during the next decade of application development. 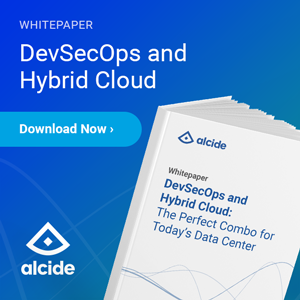